Once again many thanks to Eric Pemberton for his postcards about institutions that were organised in the 19th Century to cope with the large number of seaman arriving in the London Docks.

Seamen’s missions were often part of the outreach work of various Churches who tried  to provide support to sailors  all around the world. 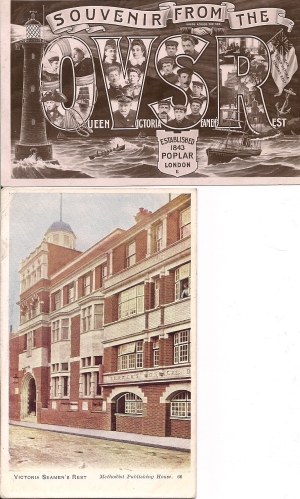 While almost all the Missions founded for Seamen in  London have disappeared , one  institution still survives  and retains its original function after more than a century. This is the Queen Victoria Seamen’s Rest  (QVSR) which started life as the Wesleyan Seamen’s Mission of the Methodist Church in 1843.

The Methodists had also supported the work of the British and Foreign Sailors Society, however in 1890s they decided they needed to expand their services and build their own mission the Queen Victoria Seamans Rest in Jeremiah Street in Poplar.

As well as providing accommodation  it also provided educational and recreational facilities. Remarkably it still provides accommodation and other facilities for seamen, other forces personnel and homeless people in need. 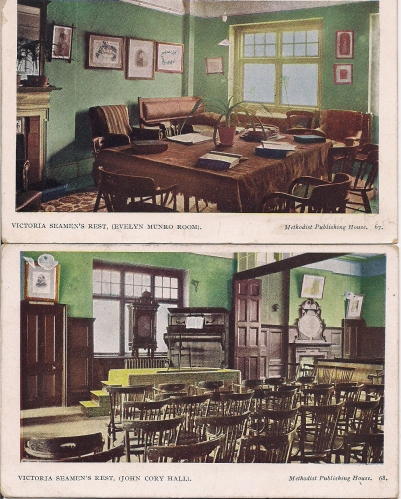 Also in Poplar, on East India Dock Road was the Missions to Seamen Institute run by the Anglican ministry which opened in 1893. It contained a church, gymnasium, coffee bar and educational facilities.  The Institute closed in 1932 but the building still remains today. 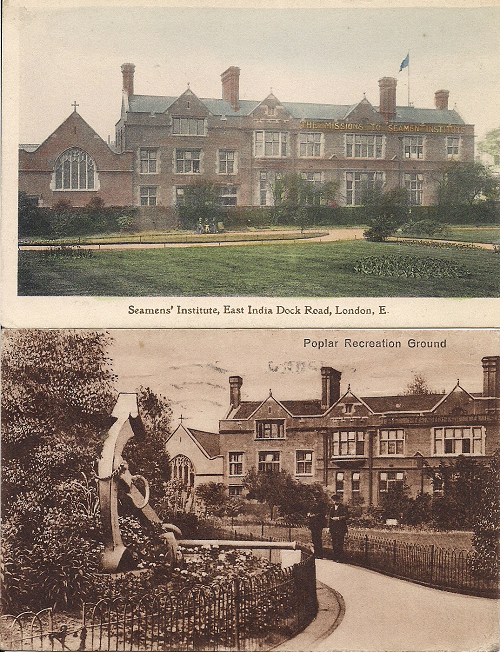 One of the most famous Seamen missions  was  run by the British and Foreign Sailors Society in Limehouse nicknamed Jack’s Palace or Passmore Edwards Sailors Palace.

It was known for it’s superior accommodation which often was for officers, Once again the building is still there but is now a block of flats 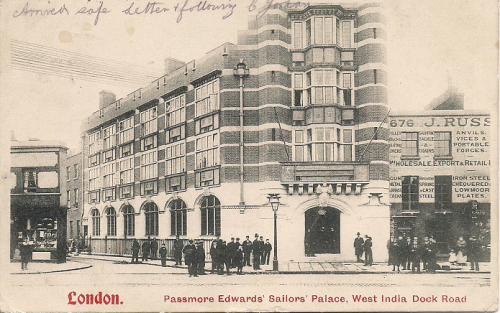