Today we welcome the HMS Northumberland, F239, she is a type 23 Frigate of the Royal Navy .

The HMS Northumberland is a part of a  trio of naval vessels who will sail up the Thames  to take part in a number of events centred around the Royal Docks. HMS Sutherland and HMS Tyne will be berthed in the Royal Docks.

The ships visits coincide with the Royal United Services Institute’s (RUSI) Future Maritime Operations conference which takes place at the ExCeL, held in association with the Royal Navy.The date and venue was chosen to coincide with the Defence Security Equipment International Exhibition, the London International Shipping Week, and the 150th anniversary of training on the River Dart . 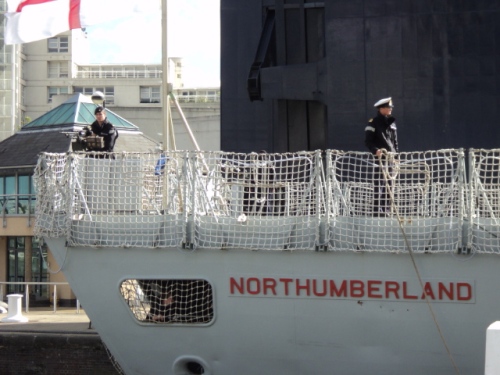 As her name suggests the HMS Northumberland’s  ties with the North East are strong as the ship was built in the Swan Hunter yard and launched in 1992 and entered service in 1994.

She has recently returned from a 7 month deployment to the Middle East and East Coast of Africa where she was engaged in counter-piracy and counter-narcotic operations.

She was among the first ships to receive the most advanced sonar in the world to hunt down submarines and played a vital role in testing that new kit with HMS Torbay as her quarry at a special test range in the Bahamas. 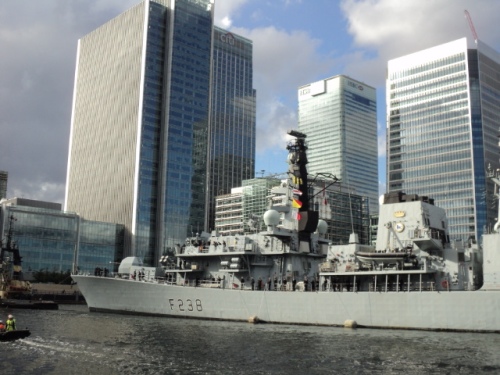