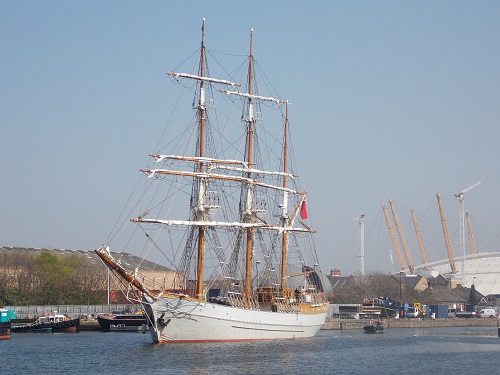 After a quiet period for visitors to West India Dock , we welcome the Tall Ship  Kaskelot , a three-masted barque and one of the largest remaining wooden ships in commission. 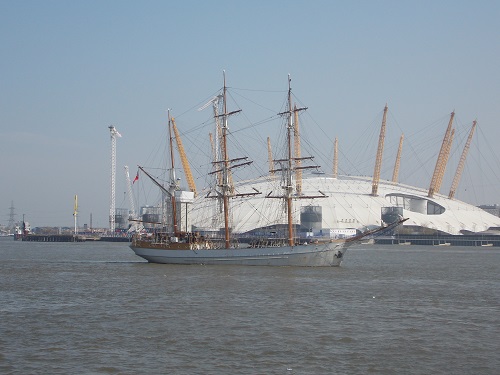 Kaskelot has quite an unusual background being built in 1948 by J Ring Anderson for the Royal Greenland Trading Company at the Svendborg shipyard in Denmark . Originally she was used to take supplies to remote coastal settlements in  Greenland, she then was used as a fisheries ship in the Faroes. 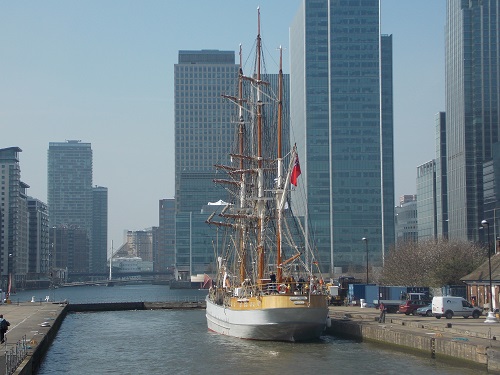 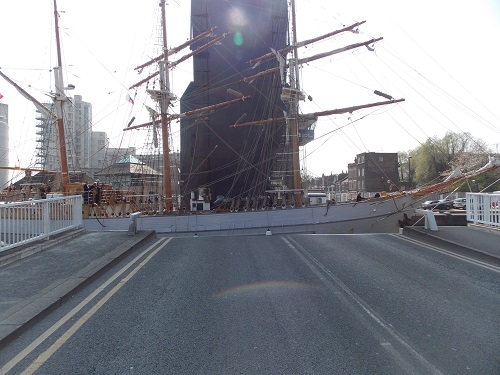 In 2013 she was sold and has just completed a major multi-million pound restoration at T. Nielsen in Gloucester  where many original features were retained whilst incorporating state-of-the-art equipment and machinery.

It is thought the owners are going to use the ship for charters, filming and private events. although if you fancy buying a large Tall Ship the ship is available to purchase. 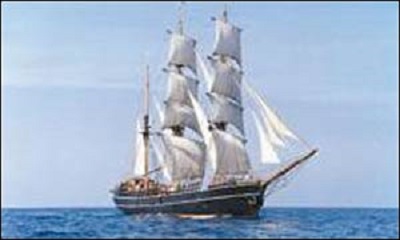 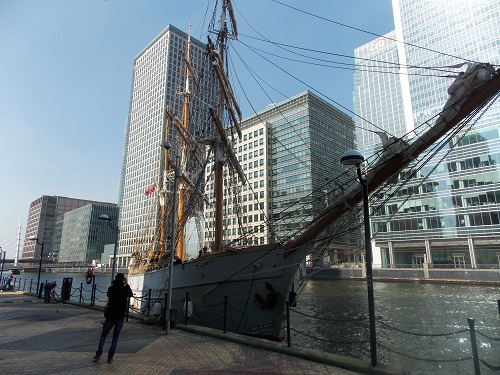 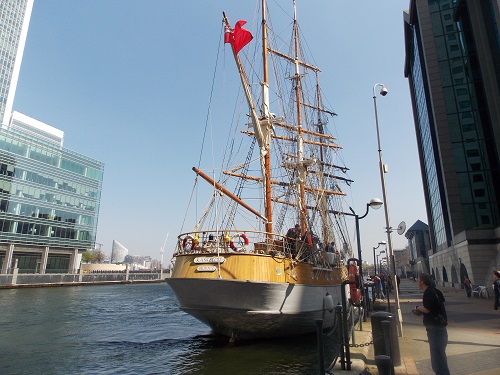 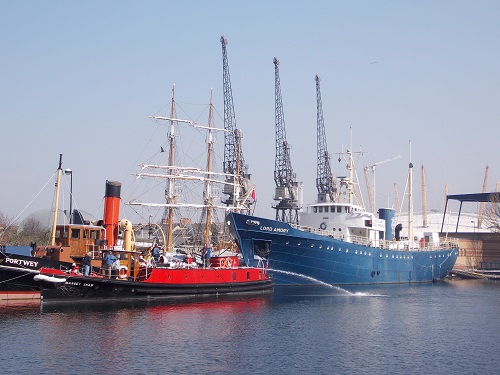 Massey Shaw in front of Kaskelot

By isleofdogslife in Dock Life on March 29, 2014.
← Thomas Heath Robinson in Limehouse and the Isle of Dogs 1905 Eric Pemberton’s Postcards – Bow →