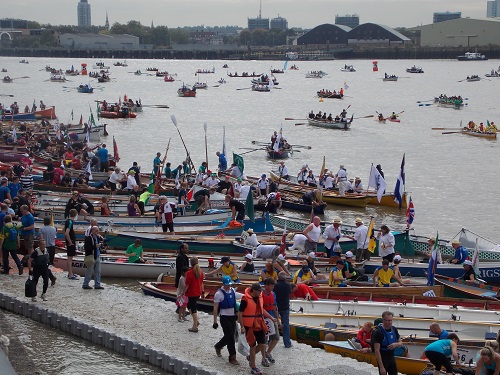 From early morning there was a steady arrival of people and boats for the start of the Great River Race. 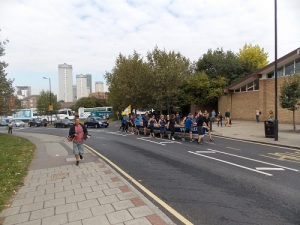 The people get used to delays on the roads on the Isle of Dogs but being held up by small boats is a bit of novelty. 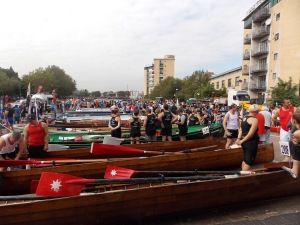 Getting near to the start time , the excitement builds and the logistic nightmare of getting boats and crews into the water begins. 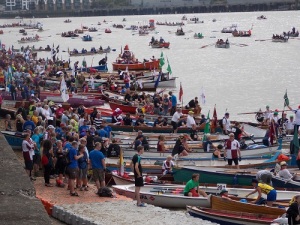 The Millwall slipway and the Docklands sailing centre are quite small but everyone takes the organisation in good spirits and use the time to catch up with old friends and make new ones. 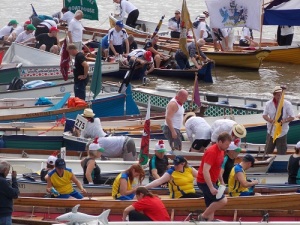 The cannon marks the start of the race when the slowest boats start off first, and the others wait for their turn to begin. 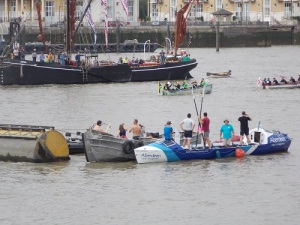 The first part of the race takes the crews up to Canary Wharf and round Limehouse to see the skyscrapers in the City. 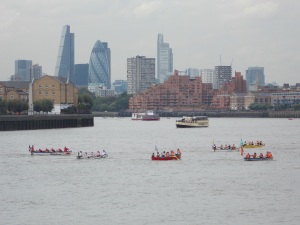 But there are still 20 miles to go in the River Marathon and the finish in Richmond. 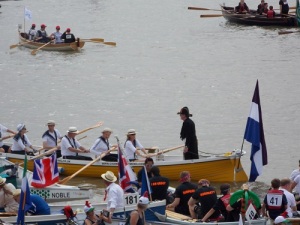 By isleofdogslife in River Life on September 27, 2014.
← Getting Ready for The Great River Race Saturday 27 September 2014 The Isle of Dogs by Andrew Harris →