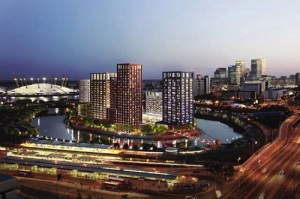 In a previous post I was speculating about the development at Orchard Place which now has  a bridge across to Canning Town station, the plans for the development have now been published and the City Island site has been dubbed ‘ Mini Manhattan.’ 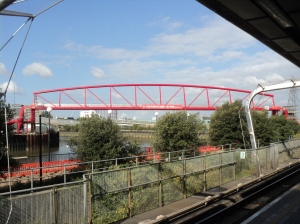 Although this piece of land has been not used for residential living since the 1930s, before then it was the location of a small population of around 300 people for over a century. Because of its location it is effectively cut off by water, surrounded by Bow Creek and the Thames with just a narrow path going to Leamouth Road.

For the small settlement of people in Orchard Place they felt they were  cut off from the Isle of Dogs. In the 1930s an old resident explained “From its start to the present, we have never had either a butcher, baker, barber, post office, Police Station, Fire Station or Pawn Shop, or seen a tramway or bus in our neighbourhood, so we have to do all our domestic business in Poplar, via Leamouth Road, which is a long and lonely walk, especially by night.”
Many people in Poplar and the Isle of Dogs did not even know Orchard Place existed and those that did probably heard stories about the residents lawlessness and rough lifestyle. 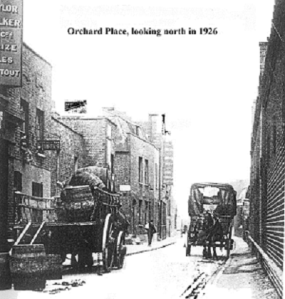 Many of the residents were related and worked in the various factories and shipyards, however the Thames Plate Glass Works was a major employer in the 19th century when it was estimated that 75% of the Orchard Place adult residents worked there.

At its height of popularity, Orchard Place had around 100 two storied cottages but by the 1930s that had been reduced to around 50. The cottages were never that strongly built and were prone to flooding in the lower rooms. However it was the great flood of 1928 which devastated the dwellings and even though people still lived in them into the 1930s, newspaper reports of the time reported on the scandal of the living conditions and labelled the area “London’s Lost village.”
Eventually the residents were rehoused in nearby Oban House in Poplar and the houses demolished and land used for various industrial use. 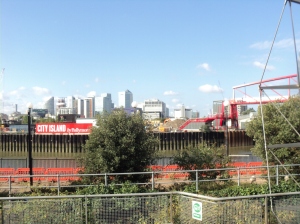 And that is the way it has been until a few years ago, when the land was cleared for development, various schemes were suggested but it seems the City Island development is now in the process of being started. 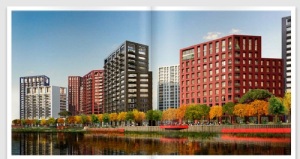 Reading about the development, there is no clear idea of how many people will live there, but they do stress that Orchard Place or  City Island as it will be known will have a ‘community feel’ to it with gardens and leisure facilities. 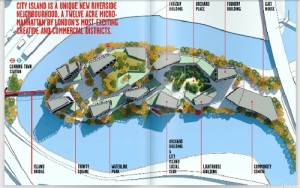 If the development goes ahead as planned it will be a remarkable transformation for a small piece of land that was considered London’s lost village , cut off from the nearby Isle of Dogs and Poplar but now in the City Island brochure, the main selling point  is how well-connected it is !

By isleofdogslife in Human Life on October 16, 2014.
← The Friends of the Island History Trust Carol Rivers – Together for Christmas →