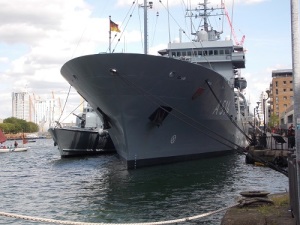 The West India Docks have not had many visitors recently, however the arrival of a number of ships from the German Navy have quickly filled up the dock. 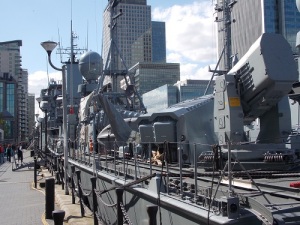 A514 Werra was commissioned in the 1990s and is one of the  Type 404 Elbe class replenishment ships of the German Navy which were built to support its squadrons of Fast Attack Craft, submarines and minesweeper/hunters.
The ships carry fuel, fresh water, food, ammunition and other material, they also have a medical station aboard. 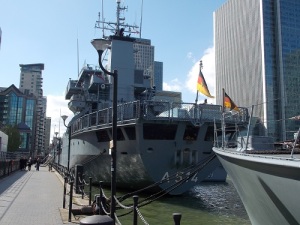 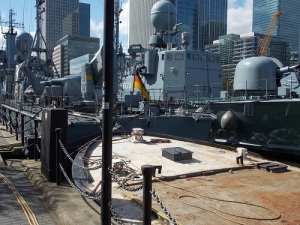