A Visit to the Queen’s House in Greenwich 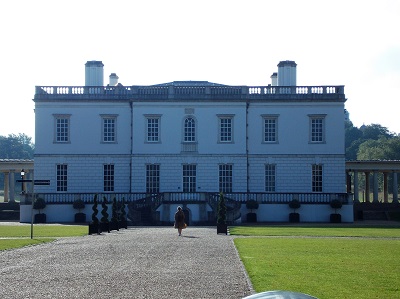 Like many people who live on the Island, I will occasionally take the short ride to Greenwich or walk through the foot tunnel. Greenwich is a favourite with locals and visitors who come to admire its many delights.

In the numerous times, visiting Greenwich I have never visited the Queen’s House located near the National Maritime Museum. Therefore I was delighted to be invited to a preview of the newly restored Queen’s House before it opens to the public on October 11th. 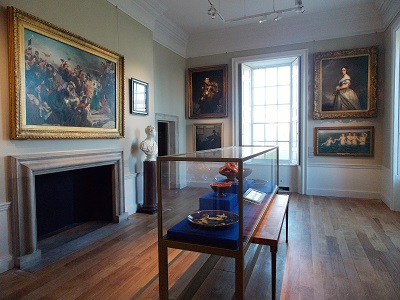 The House’s closure has given the Royal Museums Greenwich the opportunity to refurbish galleries, including the King’s Presence Chamber and the Tulip Stairs, as well as introducing new displays and colour schemes, bespoke lighting and new interpretation. The window-glazing and flooring of the Grade I listed building has also been upgraded. 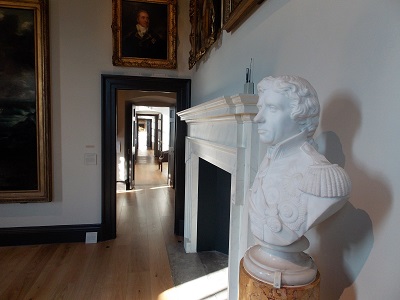 The Queen’s House has a remarkable history and is considered one of the most important buildings architecturally in the country.  The famous architect Inigo Jones was commissioned to design the building in 1616 by King James I’s wife, Anne of Denmark , although she never saw Inigo Jones’s Classical design completed because she died in 1619 when only the first floor had been built. In 1629, James’s son Charles I gave Greenwich to his wife Henrietta Maria and work on the Queen’s House resumed to be finally completed around 1636. The house is considered one of the first fully Classical buildings in England and marked a distinct break from the traditional, red-brick Tudor style of building. 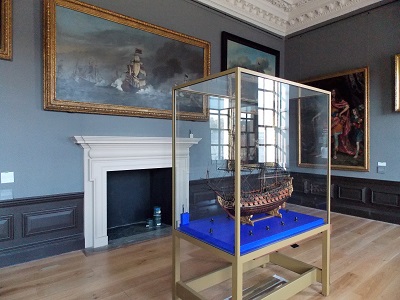 The Civil War  meant that Henrietta Maria had little time in the house before she went into exile, her husband was executed and his property seized by the state, although she did eventually return after the restoration in 1660. The house was then used by members of the royal family and for other purposes until 1805, when George III granted the Queen’s House to a charity for the orphans of seamen, called the Royal Naval Asylum. This remained until 1933, when the charity moved to Suffolk. It was taken over by the National Maritime Museum in 1934. 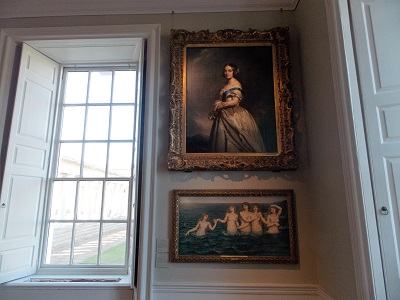 To celebrate its 400th anniversary in 2016, the Queen’s House has been refurbished to celebrate its Royal connections and the National Maritime Museum’s outstanding art collection. 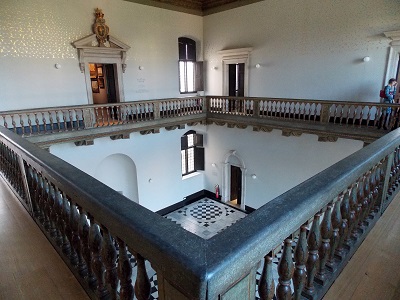 Turner Prize winner Richard Wright has created a new artwork for the ceiling of the Great Hall which is inspired by the remarkable Tulip Stairs. 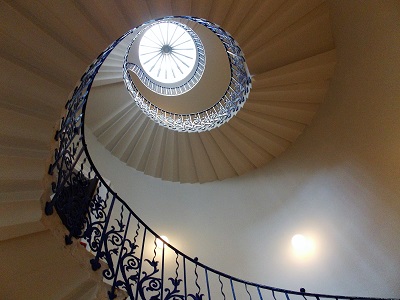 Visitors to the re-opened house will also be able to see Orazio Gentileschi’s Joseph and Potiphar’s Wife displayed in this iconic building for the first time since 1650. The painting, which is part of the Royal Collection, was one of a sequence commissioned for the Queen’s House by King Charles I and Queen Henrietta Maria. 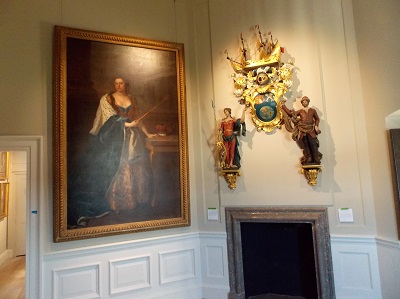 The King’s Presence Chamber and Queen’s Presence Chamber have been used to house paintings illustrating the kings, queens, consorts and courtiers associated with the House and Greenwich during this period.This helps to bring the history of the Queen’s House to life and illustrates the connection with the Tudor Placentia Palace that once stood near the site.

Walking around the remarkable house provides plenty of evidence of how Greenwich was at the centre of Royal life for centuries and how little remains to remind us of its Royal connections.

Standing on the balcony on the first floor gives you a wonderful view of Greenwich Park but when you walk outside you realise why so many people fail to visit the house, despite the grand entrances there are no large doors, entry is via the colonnade and it is easy to believe that the house is part of the larger complex not a standalone house. 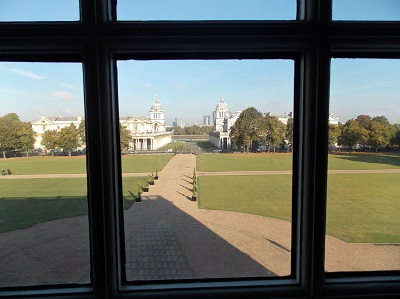 There is another interesting element that is relevant to Islanders, Queen Mary stipulated that no building should block the view to the river, so when Christopher Wren designed the Naval College he left a gap in the building. When viewing from Island Gardens, the Queen’s House is nicely framed by the Naval College and offers a wonderful view of Greenwich Park behind. 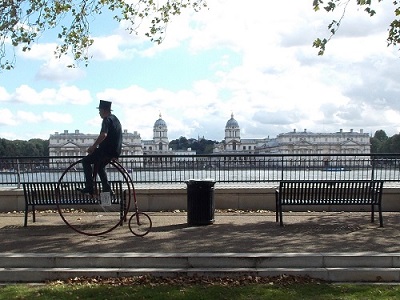 I would highly recommend a visit to the Queen’s House to enjoy some of the wonderful features and the art collections which help you to understand the building’s history, and its considerable significance.

The Queen’s House is Free Admission

By isleofdogslife in Cultural Life on October 10, 2016.
← HMS Kent in West India Dock – 5th October 2016 A Promise between Friends by Carol Rivers →