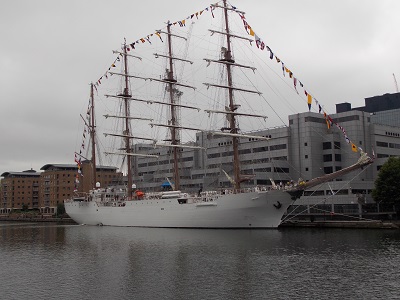 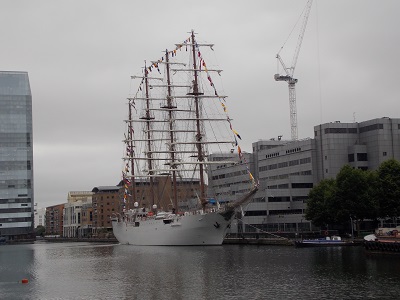 The ship has a crew of 250 officers and trainees and is named after a Peruvian ship that took part in the 1879–1883 War of the Pacific. 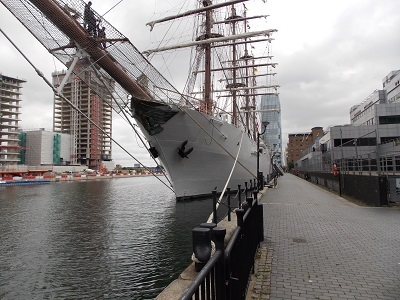 Like a number of similar tall ships, Unión is not only for training purposes, but also to be a sailing ambassador for its home country. The ship is considered one of the largest sailing vessel in Latin America. 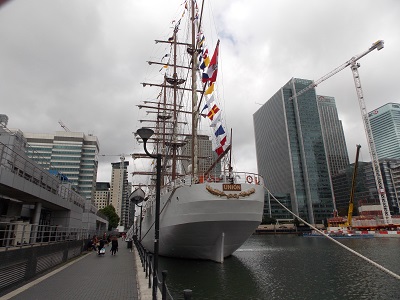 These type of ships are considered important symbols for their country and this relatively new ship is one of the most impressive tall ships to visit West India Dock. 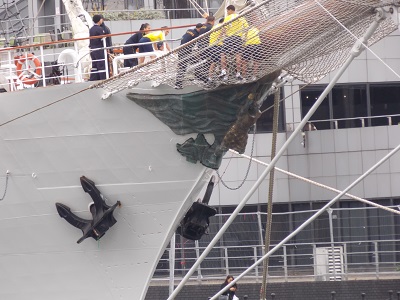 While the ship was under construction, the Peruvian government arranged training for the future Unión’s crew to serve on training ships of other countries including the Mexican sailing ship ARM Cuauhtémoc and Colombian sailing ship ARC Gloria, both which have visited West India Dock in recent years. 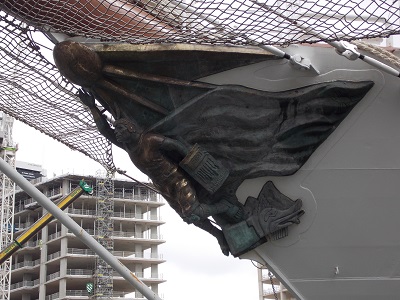