After a few super yachts, it is nice to welcome a tall ship into West India Dock, the tall ship is the Atyla which is a Spanish based and used for educational and training purposes. Like a number of training ships, the Atyla is run by a non-for-profit organisation which creates exciting and challenging experiences for people from a variety of backgrounds.

During the summer season Atyla sails on voyages of 1 to 4 weeks with a crew is composed of: 4 professional Crew members, 1 Educational Coach, 3 Watch Leaders and 16 Trainees.

During the winter, the ship normally stays at her homeport, the Maritime Museum of Bilbao, where her crew runs local educational activities and carry out essential maintenance works. 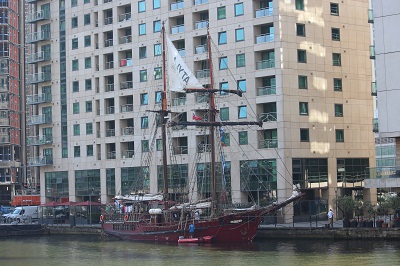 Atyla was built in Spain between 1979 and 1984 and was intended to try to circumnavigate the earth following the Magellan-El Cano route, she finally stayed in the Canary Islands doing day trips. In 2005 the government of the region of Cantabria (Spain) hired the ship for promotional services before it began to be used for educational purposes.

The ship has a length of 31 metres with a beam of 7 metres and last year travelled to  Portugal, Bermuda, USA, Canada and France.

It is believed that the ship will be in dock for number of days and will be open to public for some of the days.

Aboard the HMCS Iroquois in West India Dock 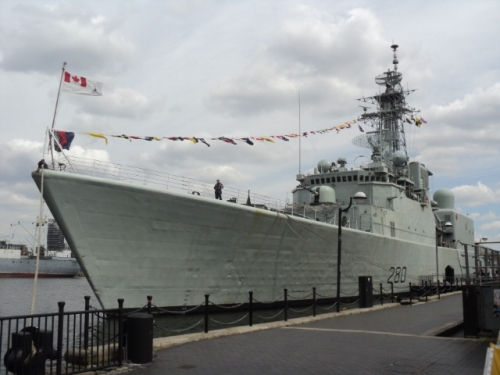 The Flags are out for the Canadian Warship

HMCS Iroquois is fitted with state of the art command and controls systems.

One of the Sea King Helicopters 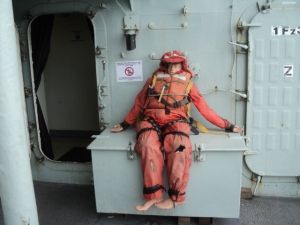 One of the crew ? 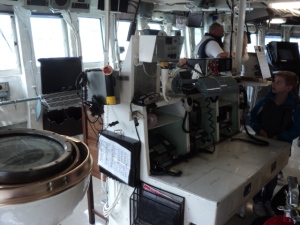 Among the Canary Wharf skyscrapers.

The Maple Leaf and the O2.

Old and New, the HMCS Iroquois and Groch Fock in West India Dock.

After welcoming the Gorch Fock to the West India Dock yesterday,  today we welcome a Canadian Warship the HMCS Iroquois. 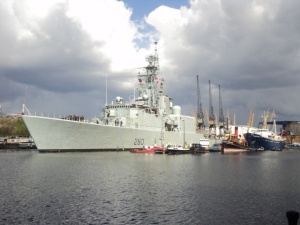 There is around  282 men and women in the  Iroquois crew.

The Iroquois will be moored at London’s West India dock from Saturday, April 27 until April 30 to help celebrate the 70th anniversary of the turning point in the Battle of the Atlantic.

The Battle of the Atlantic was the longest campaign of World War II and keeping the supply lines open were crucial to Allied victory.

However the cost was very high amongst the Allies shipping with thousands losing their lives.

In May 2013 the 70th Anniversary of the Battle of the Atlantic (BOA) will be commemorated with a series of events throughout the United Kingdom. The commemorations will be centred on three cities, London during 8-13 May, Londonderry between 10-12 May, and the culminating event in Liverpool from 24-27 May.

According to the Canadian Embassy :

“You can visit a real Canadian Navy Destroyer tomorrow in London at West India Dock from 10 – 2.”