The Isle of Dogs and the London Marathon – Race Day

After days of preparation, the day has finally arrived for the 2013 London Marathon. 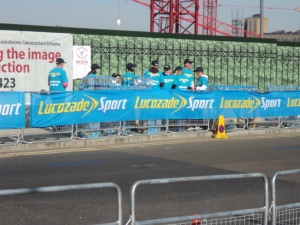 From 8 o’clock groups of supporters , race organisers and media begin to gather 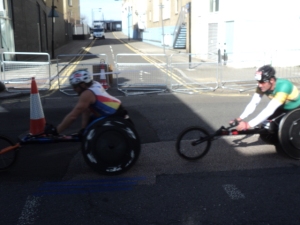 The first arrivals on the Island were the Elite wheelchair athletes, amongst these were David Weir Paralympic hero from last year. 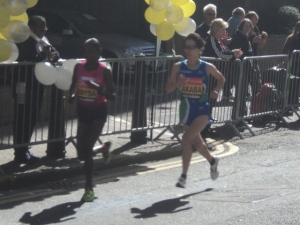 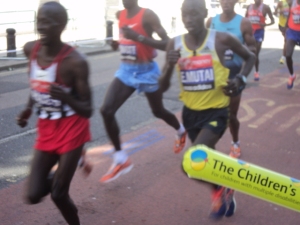 These were followed by the Elite men which was considered one of the strongest field in recent years. Runners included Uganda’s Stephen Kiprotich, the surprise winner of the London 2012 Olympic Marathon,  Olympic silver medalist and world champion Abel Kirui (Kenya) and Olympic bronze medalist Wilson Kipsang.

After the club runners was the large mass of the field which included a wide range of abilities, many have their own personal reason for competing often raising a large amount of money for charity. 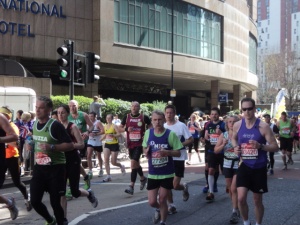 The crowds grow year on year and many consider this year the largest yet, with many people coming onto the Island to support their family members. 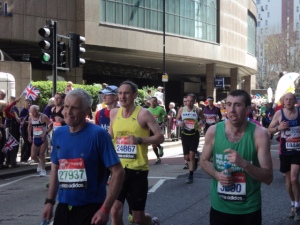 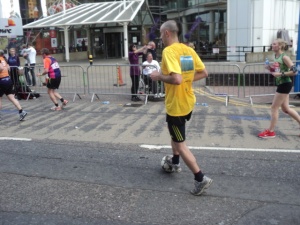 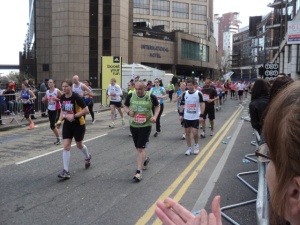 The mens race was won by Tsegeye Kebede, second was Emmanuel Mutai and Ayele Abshero third.

The womens race was won by Priscah Jeptoo, second was Edna Kiplagat and Yukiko Akaba third.

However everyone who completes the race and the various charities are the real winners .