Walking into the Past – East India Dock Basin Nature Reserve

On my frequents walks to Trinity Buoy Wharf, the route comes across the East India Dock Basin, the last remaining section of the famous East India Docks and now home to a variety of birds in a nature reserve. 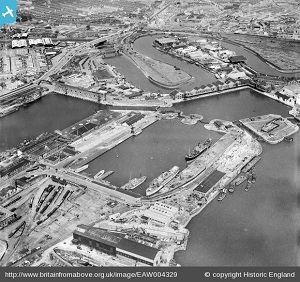 The East India Docks were built between 1803 and 1806 after the success of West India Docks which opened in 1802. The East India Company were well-known in the area and had been importing goods to  Blackwall since 1600. The docks were successful until the Second World War when bomb damage caused the Export Dock to close permanently and was subsequently sold in 1946 to became part of the site of Brunswick Wharf power station.

After the Second World War, the East India Docks handled short-sea and coastal traffic until 1967 when the decisions were made to close the docks. Between the late 1960s and the 1980s the Import Dock was gradually filled in, leaving only remnants of the Docks walls and East India Dock Basin.

The quietness of the nature reserve may be a world away from the hustle and bustle of a working dock, however a quick walk around the area offers a few clues to the basin’s original use. Ship bollards are dotted around the place like metal mushrooms and the  lock gates are still in place.

The tidal water in the basin is  a mix of fresh and salt water and is full of fish that attract   wading birds. East India Dock Basin is owned and managed by the Lea Valley Regional Park Authority and is open daily between 8.30am and 5pm. The dock is a 10 minute walk from East India DLR.