Late last night saw the arrival of four more French Navy ships into West India Dock. The Lynx , Guepard, Tigre and Chacal were joined by the  Lion, Leopard, Jaguar and Panthere. To have so many Navy ships at one time in the dock is unusual and the Fleets  arrival was shrouded in mystery but I can now reveal that they are on a training exercise mostly surrounding navigation and will be departing on Monday to travel onto Belgium.

The Panthere and Jaguar

The Leopard and Lion 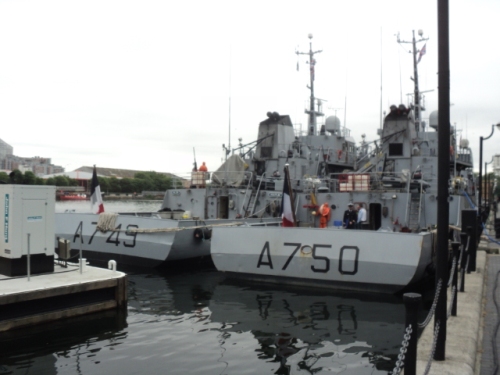 Part of the fleet

The purpose of the visit seems to be a bit of a mystery , but it is rumoured four other ships will be arriving later. 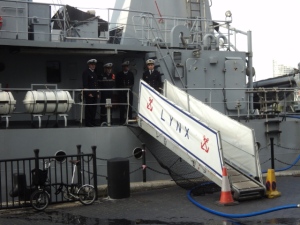 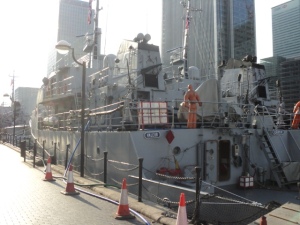