History of the Thames River Postman in the Pool of London 1800 to 1952 by Clifford. L. Evans – Part Four 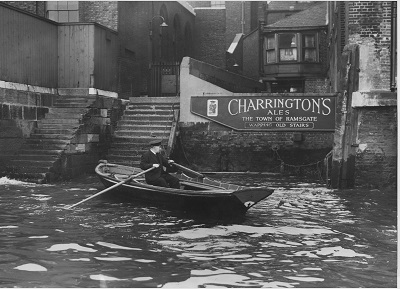 In the final part of the fascinating history of the Thames River Postman, there is some evidence of the interest in the Thames postman by the media and the recognition that in the 1950s that it was the ‘end of an era’ and the end of the Evans postman dynasty.

Over the years there have been many articles written in newspapers and magazines. H. L. Evans was also interviewed on 13th October 1934 on the BBC Radio program “In Town Tonight”. He was paid the sum of 2 guineas, for the telling of this unique story. 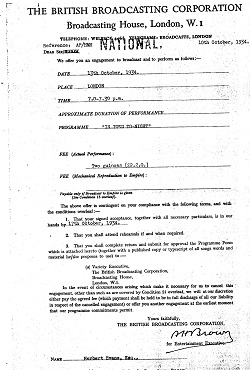 Invitation from the B.B.C. for the “In Town Tonight show”. 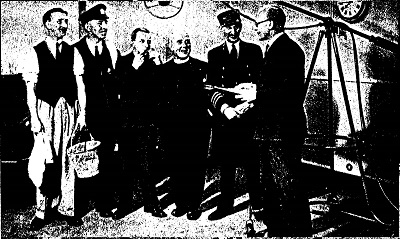 Photo of H.L.Evans during transmission on the B.B.C. “in Town Tonight Show

(H.L.Evans is second from the left) 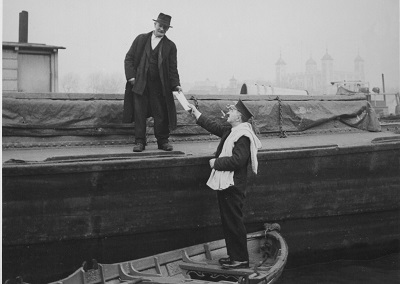 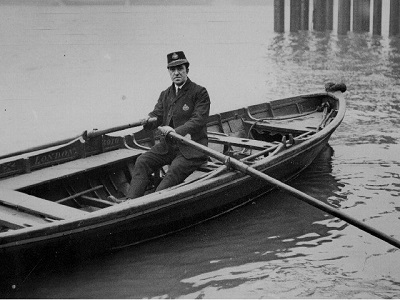 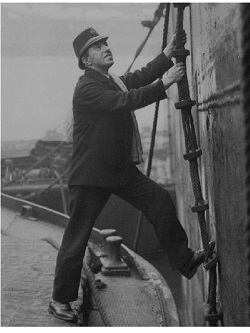 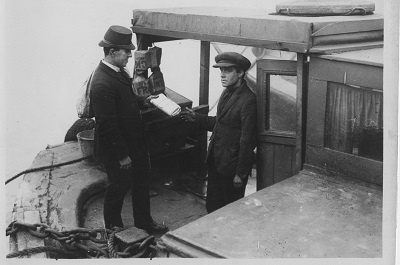 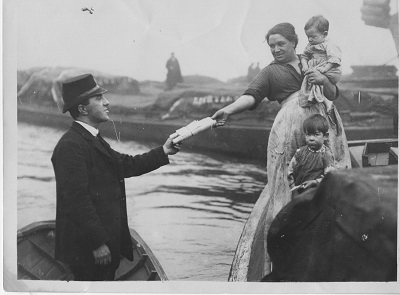 Above is a selection of pictures taken of H.L.Evans on duty in 1924 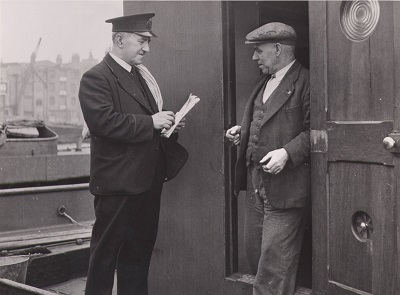 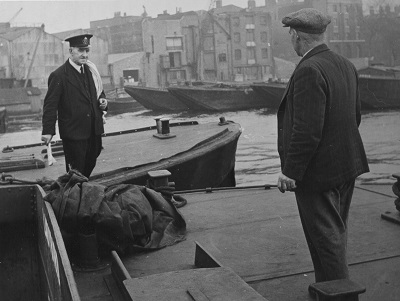 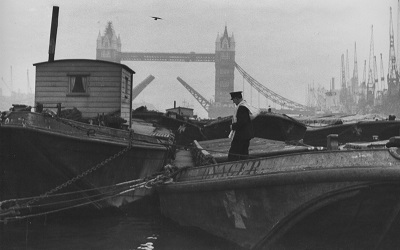 Tower Bridge raises it bridge as if to say goodbye dear friend.

After H. L. Evans retired, and he sold the “Alice Maud”. The boat was used later in the film “The Sword and the Rose”. During filming the boat was dropped and broke its back and was completely destroyed

“During war and peace whatever the weather or state of tide the Postman and his skiff went out delivering”.

And so ends the historic Evans family dynasty of the Thames River Postmen of the Pool of London.

Written and researched by Clifford.L.Evans. 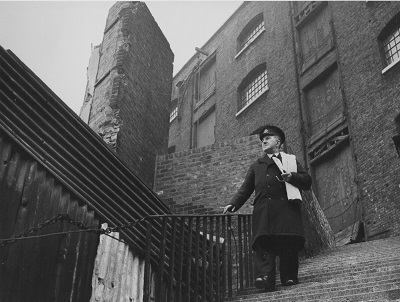 Herbert Lionel Evans on his way home for the final time. 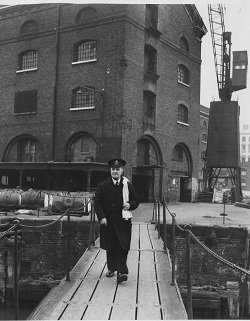 The Thames Postmen played an important role connecting people who lived on the river with the rest of the world. They also became something of a local celebrity being a constant in the fast changing landscape of the river. Considering that the job was not without its dangers, it was remarkable that the Evans dynasty managed to continue for over a century.

Many thanks to Clifford Evans for sharing his family history.

By isleofdogslife in Human Life on October 17, 2017.
← The Arrival of Craft Central and the Opening of The Forge HMS Sutherland (F81) in West India Dock →